Of course, the topic of 'snow safety' is also more than current. You will find wonderful winters with lots of snow and almost always a white Christmas. At the same time, we are all more than ever called upon to bring fun and ecology together. Tyrol and the Zillertal are leading the way in snow-making under the motto "State-of-the-art technology + least resources = environmentally conscious winter tourism". Thus, we consistently waive any additives in the snowmaking. And the Tyrolean ski areas use only certified green electricity and pure drinking water for technical snow production, which then returns to the circuit as melt water through the torrents and rivers in spring. More information can be found here: www.lebensraum.tirol/schneezentrum-tirol 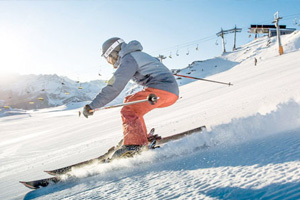 The ski resort Hochzillertal is only a few minutes away and offers 38 lifts and gondola lifts for the perfect slope experience. "The ski bus stops at the Sportresidenz Zillertal next to our house and brings you directly back to the valley station and after a fantastic day of skiing back to us. So the car can also stand still, which is quite useful, among other things, for casual stops and fun apres-ski.
www.hochzillertal.com 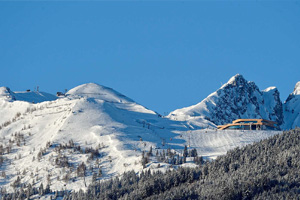 The Erlebnisberg Spieljoch with its fantastic, new mountain railway is also in the immediate vicinity and offers many attractions for your stay in winter and summer.
www.spieljochbahn.at 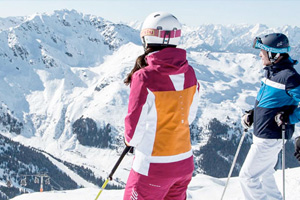 A few minutes drive by car or ski bus away is the Hochfügen ski area, which is directly connected to Hochzillertal.
www.hochfuegenski.com 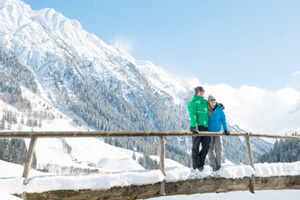 Nearby is the Zillertalarena, which offers great attractions both summer and winter.
www.zillertalarena.com 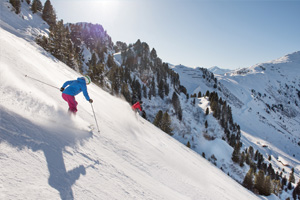 Mayrhofen pampers its guests with 139 excellently groomed slopes and 58 modern lifts in the heart of the Tyrolean mountains framed by mighty three-thousanders and shows how sporty and versatile, how stylish and relaxed, how surprising and stimulating the winter in Zillertal can be.
www.mayrhofner-bergbahnen.com 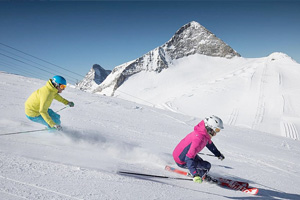 The Hintertux Glacier is Austria's only year-round ski area and offers winter athletes 365 days of perfectly groomed, snow-sure slopes, great gastronomy and a fascinating nature experience up to 3,250 meters.
www.hintertuxergletscher.at 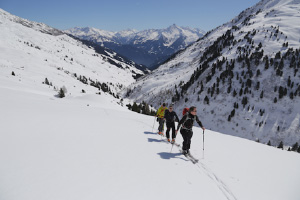 Many enthusiastic skiers are looking for peace and quiet while ski touring - a very special experience in the great outdoors. Crunching snow, wonderful weather, fantastic ascent you imagine the beginning of a ski tour. The sun comes out, the mood starts to rise, the tour destination is reached. The view sweeps over the numerous mountain peaks in the area and after a leisurely rest begins the preparation for departure. The highlight is the dusting powder or the roaring firn over beautiful slopes or wide glacier areas down to the starting point or back to a mountain hut, where you then spend sociable hours and prepare for more ski tours. When ski touring you are actually forgetting 'the rest of the world'. And there are also simple variants that you can go with a little older kids who are safe on the ski ...
www.zillertal.at/ 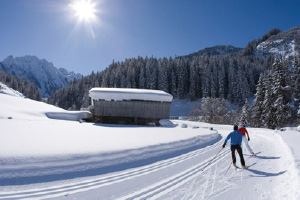 Cross-country skiing clears your head and challenges your entire body. You can get to know the Zillertal on the cross-country ski run and explore the more than 125 kilometers of trails in different levels of difficulty for skating and classic.
www.zillertal.at 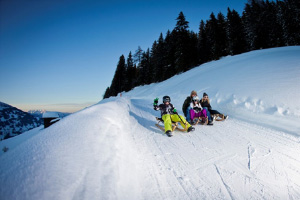 A toboggan ride in the winter paradise Zillertal is the ideal family trip and a great experience that will inspire you - in short, a must in every winter holiday! On foot or by cable car up, then a bit of cabin magic and then a rapid ride down the valley - so sledding fun. It's good that there are 14 well-prepared toboggan runs in the Zillertal with a total length of about 45 kilometers. 30 km of it are also lit in the evening, so that nothing stands in the way of an exciting night tobogganing!
www.zillertal.at 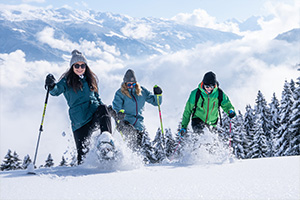 During guided winter hiking with or without snowshoes in Fügen and Hochfügen no prior knowledge is required. So it is also a great way for our "cozy" guests to experience nature and all their treasures up close and be enchanted by the snowy winter landscape. Discover game tracks in the snow and learn how these animals outlast the cold and long winters in the forest and with a little luck you will see a deer or a snow rabbit during winter hiking in Fügen and the surrounding area.
www.best-of-zillertal.at
zum Video 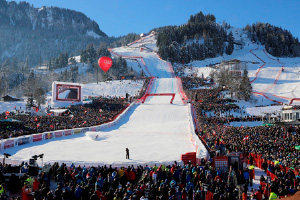 Admittedly, the Hahnenkamm race on the legendary 'Streif' does not take place here in Zillertal and is inextricably linked to Kitzbühel. But with Stephan Eberharter we have a Zillertal Buam, who in his impressive career has even twice won the 'Streif' as the winner. You can experience the myth of the Hahnenkamm race every year at the end of January - goose bumps guaranteed ... The famous 'Streif' is considered the most demanding and spectacular downhill in the world. Heroes are made here. We ourselves are members of the Kitzbühel Ski Club (K.S.C), which is the organizer of the race, and are fascinated every year by the 'feeling and myth Hahnenkamm'. Up to 50,000 spectators, many celebrities from all over the world, stars and starlets, but above all daring top athletes, the best skiers in the world, meet for the Hahnenkamm race and the party in the Gamsstadt. The mood in the finish area and everywhere is gigantic. 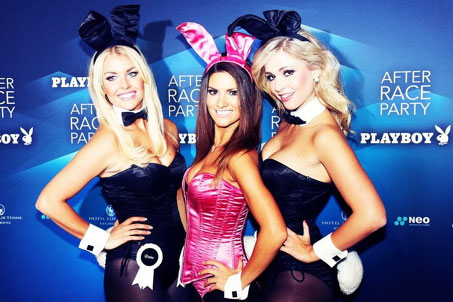 The After Race Party in the Tenne is - of course next to the races - an absolute highlight. An overnight stay in Kitzbühel during the Hahnenkamm Week? Even with the Mastercard almost priceless ... from us you are by car (parking on site in Kitz ample) in only about 45 minutes!
www.hahnenkamm.com

And here's a little taste - but beware, not for the faint of heart and not suitable to persuade your wife or girlfriend to go skiing with you for the first time:
Video

... and find the right offer for your leisure activities. 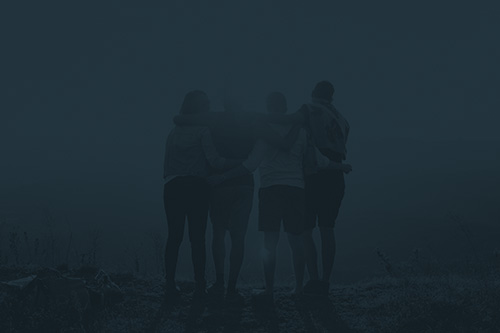 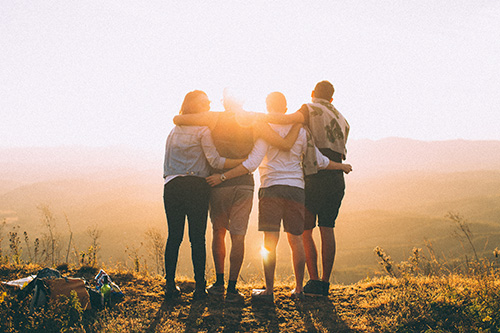 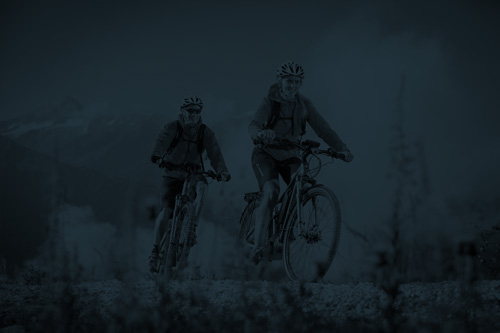 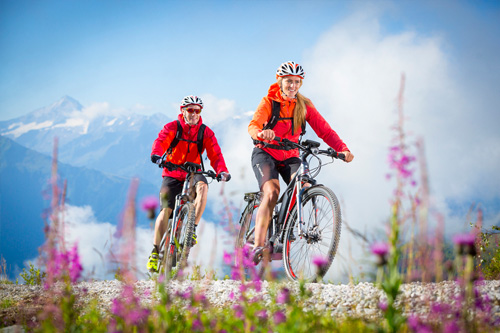 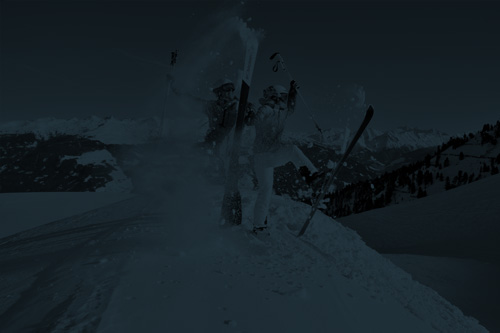 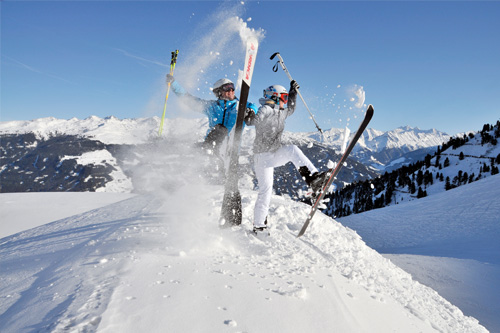